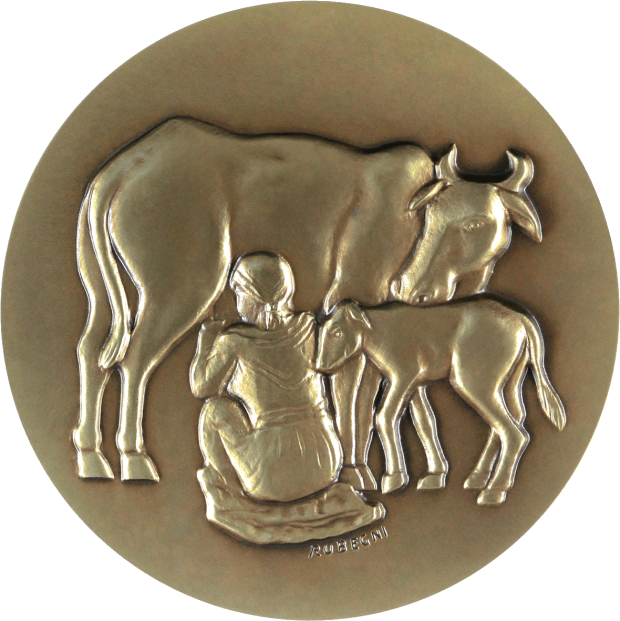 Infectious diseases have plagued this earth since humans have, it has long been percieve that there is a disconnect between animal and human health, however they are one in the same and it is time to facilitate a multidisciplinary approach in controlling such diseases with the use of vaccines.

More than 60% of infectious diseases are zoonotic - the disease may be transmitted between species i.e. animal to human. Many of the diseases that overwhelm the media, most recently the Ebola epidemic, have zoonotic origins. Ebola, for example, has suggested zoonotic origins from fruit bats; the natural host of the newest identified malaria parasite (Plasmodium knowlesii) has been found in monkeys and more closer to home are the many zoonotic strains of influenza viruses that can be found in any country of the world. Most noteable zoonotic influenza viruses have been reported in avian and swine, with the added complexity of being able to mix together in a process known as "antigenic shift" to create novel strains that can infect different species.

It is with this hope that the Veterinary Vaccinology Network will bring this eccentric family of veterinary scientists, medical scientists, policy makers, regulators and the 'customer' - farmers, together to produce new vaccines to aid in animal/human health and the indirect effects of economy in a OneHealth approach.

It is a slight paradox that vaccines typically contain a weakened or killed version of the disease-causing organism that one is wanting to control - in Harry Potter terms - Vaccines are considered Horcruxes. However, they do the job, and have been doing for hundreds of years, very successfully.

Edward Jenner, the forefather of all vaccines, used his own OneHealth innovative thinking in his discovery of smallpox vaccination. Jenner sourced a Milk-Maid who was infected with Cowpox, took pus from her lesions, made a small cut in the skin of a young boy and administered the pus into the open wound. Jenner later inoculated the boy with a mild dose of smallpox and the boy remained immune to the virus.

200 years on, smallpox has been declared erradicated and there are now many types of vaccines for different infectious diseases.

Despite the lengthy history of vaccination there are still many diseases in both animal and human which do not have an effective vaccination strategy. Further to this there are several issues with many current vaccines, thus a list of traits for ideal vaccines are listed below:

An ideal vaccine helped contribute to the erradication of cattle disease Rinderpest (caused by a morbillivirus -closely related to the human measles virus). The Plowright tissue culture rinderpest vaccine (TCRV) was mulivalent, protecting against all clades of the rinderpest virus; it provided lifelong immunity in the cattle vaccinated; no adverse reactions were ever seen in the cattle; and one single dose was immunogenic. A second generation version of the vaccine - ThermoVax made it thermostable which enabled successful field vaccination programmes in Africa.

It was people like Jenner, whose innovative thinking enabled the discovery of the vaccine and it is in such the same mind that the Veterinary Vaccinology Network is established to provide a forum of discussion and research to provide novel research ideas in tackling future vaccine challenges in both the veterinary and wider world.

What to do about those lousy Salmon?
Insight into.....Rift Valley Fever Virus Vaccine Research at The Jenner Institute and The International Livestock Research Institute (ILRI)
The DIVA VLP - A celebrity Trojan Horse

Copyright: The Pirbright Institute 2014-2022 | A company limited by guarantee, registered in England no. 559784. The Institute is also a registered charity.